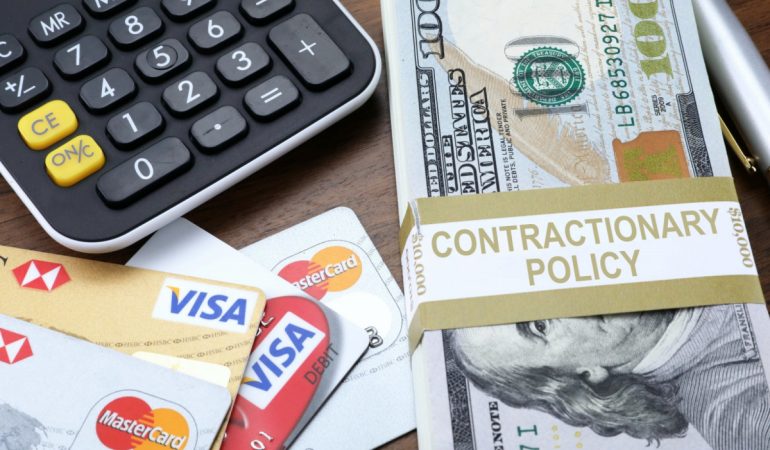 A fundamental cornerstone of the way governments function is to use fiscal policy as a way of trying to dictate the way they want the country’s economic path to map out.

A mixture of government spending and tax policies are used as tools to stimulate or control the economy and an integral aspect of fiscal policy is to use expansionary or contractionary measures as a way of giving the economy extra impetus or slowing it down if it is overheating too much.

An example of contractionary fiscal policy would be when Congress passes measures to raise tax rates or cut government budgets. Obviously, expansionary fiscal measures are designed to have the opposite effect and speed the pace of the economy up through a series of economic policies designed to inject the level of stimulus required to achieve that aim.

Here is an overview of the key differences between the two fiscal policies that are at the heart of how the government tries to control the economy.

A good starting point would be to gain a basic understanding of what fiscal policy actually is and the role it plays in government strategies.

Put simply, fiscal policy is a term used to describe any sort of financial policy that is implemented by a national government. It is implemented either by altered spending or various taxation measures.

Fiscal policy is always closely aligned with monetary policy, dictated by the Federal Reserve, where interest rates are raised or lowered in line with the current thinking on contractionary or expansionary measures.

This is usually seen in times of economic prosperity as the measures are designed to slow the pace of economic growth and reduce inflation through a combination of increased taxes and decreased spending.

The impact of a contractional fiscal policy is often seen in lower unemployment rates and reduced government debt.

As already outlined, expansionary fiscal policy is the polar opposite of contractionary measures and this type of policy is commonly utilized when the country is suffering from an economic downturn and the economy needs stimulating.

The usual tactics used to achieve this aim are lower tax rates, increased government spending, and an increase in transfer payments.

What you will usually see as a result of expansionary fiscal policy is a noticeable increase in the country’s GDP performance. This impact is referred to as the fiscal multiplier and the idea is that government spending helps increase the national income. Therefore, increasing the GDP performance as a result.

In summary, the use of these fiscal policies can see a government transform financially from being in debt to having a budget surplus. Also, it is hardly surprising to learn that contractionary fiscal policy has far fewer admirers than its counterpart, expansionary fiscal policy.

Tax rises are never going to be popular, of course, but both fiscal policies serve a purpose and have a place in financial strategies as well as being a dominant force in government thinking.

Previous Post Consumer Protection: Why a Debt Validation Letter Is a Fundamental Piece of the Puzzle
Next Post Distribution of Resources: The 4 Types of Economic Systems Explained