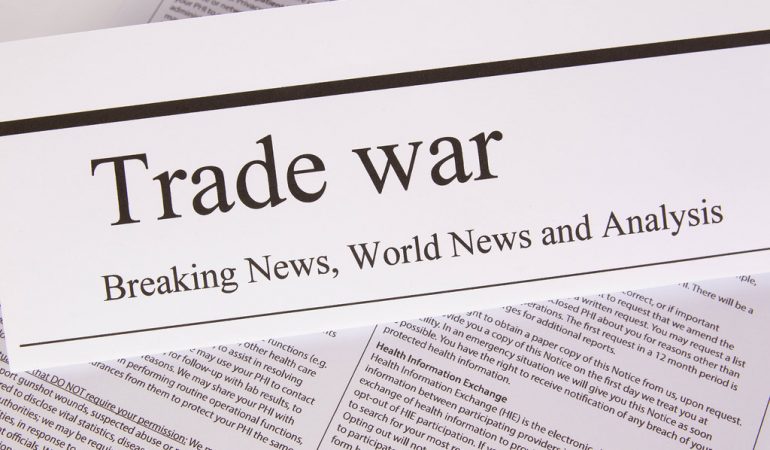 There is an element of uncertainty and instability pervading across the globe and it seems that there are a number of geopolitical and economic tensions that are weighing heavily on the minds of investors and business people who are involved in international trade.

One of the primary topics of conversation in this sphere is the ongoing dispute with China and the United States regarding tariffs and sanctions as both sides jostle for a superior position.

Both sides have threatened to impose tougher tariffs and sanctions and both sides have also softened their stance at various points, easing tensions in the process.

However, there are still some major challenges ahead and the question of how this all impacts business and trade.

Why is there a trade war?

A good starting point would be to consider why China and the US are locking horns in the form of a trade dispute.

These countries are responsible for the largest economies in the world so there is a lot at stake and President Trump has consistently pointed the finger at China in accusing them of using unfair trading practices and even intellectual property theft in their efforts to gain an upper hand over the US and become the dominant global force.

In return, China holds the opinion that the US is simply flexing its muscles in an attempt to stall the progress that China is making in its quest to achieve greater economic power and wealth for its citizens.

Whichever way you look at it, the costs of the dispute are being felt by consumers and businesses around the globe.

The numbers that matter

As you would expect in this large-scale version of economic poker, both sides are keen to develop a winning hand and the way they have tried to achieve that aim is through imposing tariffs on goods that are crossing borders.

The US has imposed over $350bn of tariffs and China has responded with about half of that figure across a range of US products being imported into China from the states.

Many industries have felt the impact

The impact of these increased tariffs has been felt across a wide range of industries and it is clear that the dispute has had a damaging impact on many business owners who rely on international trade as an integral part of their trading profile.

The meat industry, for instance, has had to contend with a 15% increase for Chinese imports to the US and China retaliated to that move with increased tariffs that were as high as 25% more on a number of goods being imported from the United States.

It stands to reason that these sorts of economic sanctions are bound to have a negative impact on any business that is forced to absorb and account for these increased costs.

Thankfully, peace has recently broken out, to a certain extent, with the “phase one deal” signed by both countries which are aimed at boosting imports by significantly cutting some of the tariffs that had been imposed as part of the posturing between the two nations.

You could say it is an uneasy economic truce and a positive sign at least, which is good news for all those businesses and investors who have been impacted by the trade war up to this point.

Previous Post Industry Transformation: 4 Banking Trends That Are Shaping the Future of Digital Banking
Next Post Entering the World of Trading: 6 Proven Ways to Get Free Shares