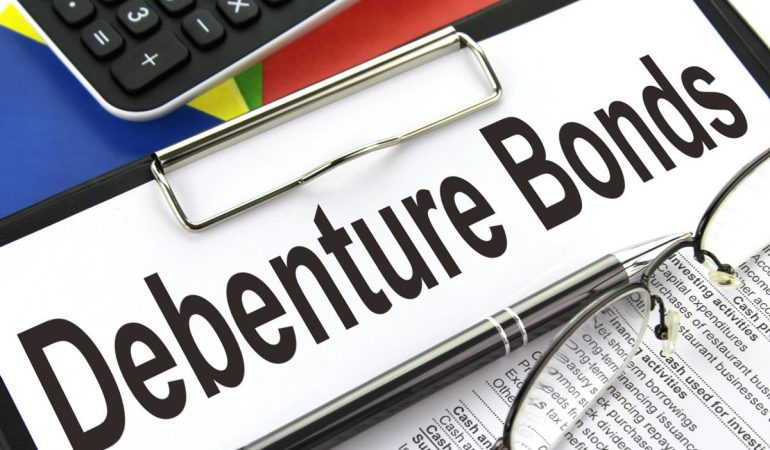 Be it a small company or a large corporation the need for money to keep things going is ever accepted. Borrowing is one of the most popular methods of pooling funds. There are numerous ways to borrow money among which bonds and debentures are the most common ones.

The fundamental distinction between debentures and bonds is that bonds are secured and are typically offered by reputable business and government institutions. In contrast, debentures are hazardous and might be secured or insecure.

What is a debenture?

A debenture is a bond that is not backed by any assets.

A company might, for example, issue a bond to raise funds for a new product line. The company’s real estate possibly two or three expensive properties is utilized as collateral. If the corporation cannot repay the bondholders, it will sell the properties and use the earnings to repay them.

On the other hand, debentures are not backed by any kind of collateral. If a borrower defaults on a loan, investors may not receive the remainder of their investment.

As a result, they are riskier than regular bonds. They do, however, have advantages.

Corporations and governments routinely use debentures to raise finance.

You need to know about four essential components to understand how they work:

Debentures are issued mainly through firms with excellent creditworthiness or excellent financial reputation. They are riskier than other types of bonds. Would you want to put your money into a failed business? Especially if you haven’t secured your investment.

When you invest, you’ll get paid interest, just as with other bonds.

A “coupon rate” is the interest rate on a debenture. The credit rating of the company determines your coupon rate.

Debentures, like conventional bonds, have a specified maturity date. The maturity date is the day by which a corporation or government must fully repay the debenture.

The corporation may pay the investor an annual repayment, with the ultimate payment due on the maturity period.

What is a bond?

The bond is by far the most common financial tool used by corporate companies and the government. It functions as a promissory note between the issuer and the investor. A shareholder lends a certain amount of money with the expectation of reimbursement at a later date. The investor gets good regular interest payments all through the bond’s term.

Bonds are generally regarded as a pretty safe investment in the investing world. Corporate or government bonds with high ratings have a low chance of default.

Individual credit ratings will be assigned to each bond, including those issued by government entities or municipalities.

Bonds are generally seen as safe, albeit unspectacular investments with a guaranteed rate of return. Professional financial advisors advise their clients to preserve a portion of their assets in bonds and raise that portion as they approach retirement age.

Significant differences between debentures vs bonds

The main difference between bonds and debentures is that bonds are secured and are typically offered by reputed private and government institutions.

In contrast, debentures are only given by private companies and do not require any security because they are less formal than bonds.

The bond is the most common financial pervasiveness employed by commercial firms and governments.  An investor lends money in exchange for the possibility of repayment at a later date. The investor receives typically monthly interest payments during the bond’s term.

In investing, bonds are generally seen as a relatively safe asset. High-rated government and corporate bonds have a low risk of default. Each bond will have its credit score, whether a government agency or a municipality issues it.

On the other hand, debentures are unsecured bonds or other financial instruments that have no security or collateral.

Debentures rely on the issuer’s performance and success for support because they lack security. Companies frequently issue debentures to raise money or funds. A debenture might grant a fixed charge or a current responsibility. A permanent charge is typically imposed on a tangible asset, such as real estate or land.

shows differences between debentures and bonds.

Who should invest in debentures and bonds?

Bonds, which companies offer and government organizations, may be a perfect investment for risk-averse individuals. Bond investments can be made at any time. Investors should invest in high-rated bonds for a safe investment. Those willing to take a bit more risk can choose a lower-rated debt instrument with better yields.

The debentures are only offered by private/public corporations, making them significantly riskier because there is no backup to protect the investor’s money. However, investors who want a more significant return are willing to take a risk with their financial investment in debentures.

Both a bond and a debenture are forms of borrowed capital, but the essence of the two instruments differs. A bond has collateral backing, whereas a debenture does not. However, the earning potential of debentures is always high. You may acquire debentures for a better profit if you can judge the creditworthiness of the debenture provider.

On the other hand, bonds are a better choice if you are new to investing. Bonds are more secure because they are issued by government entities and provide higher returns.

Debentures are a better option if you have an increased risk appetite and want to generate a higher reward in less time.